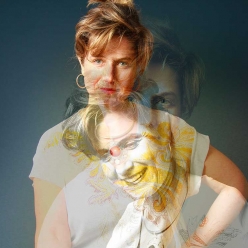 I am a multimedia producer (photography and video), curator and educator leader based in London. My work has been deeply informed and enriched by my continuous multicultural experiences, cross-cultural dia­logues and exploration of identities, histories and mea­nings. I specialise in the documentation and promotion of cultural identity and heritage.

Over the years, I have implemented many creative, media and educational projects and I have experienced a number of milestones. I worked with major cultural organisations and international institutions, NGOs, festivals, museums, galleries, broadcasters, online platforms, academics and corporate clients in the UK, the MENA Region and Sub-Saharan Africa.

My photography work has been exhibited world-wide in galleries and museums and published by The Independent, Middle East business news, African Arts, Armanco, among others. My films have been broadcasted by the BBC Arabic, Al Arabia TV, Uni­versal TV, S24 TV Sudan.

I also offer GCSE/ A-Level students and children unique, creative and interactive workshops to engage with photography, film and Arts & Crafts, in order to develop their knowledge and skills, inspire them, to get them to expand their creativity and their arts participation and finally to contribute positively to the intellectual development and personal fulfilment of each and every student.

I am a multiple grantee of the Arts Council England, AFAC (Arab Fund For Arts and Culture), the Arab British Centre, UK and a recipient of various photo awards.

I am also the founder and director of London-based creative agency Ray of Light Studio, which focuses on delivering high-end professional photography and video production as well as consultancy services.

I hold a master degree in Anthropology from Paris-X Nanterre; a postgraduate degree in Photojournalism from London School of Communications; and a Documentary Filmmaking Certificate, DFG’s DOCLAB, UK.

Multimedia producer
Social Media
Contact Frédérique Cifuentes
This website and its content including all images and video material is copyright protected ©Frédérique Cifuentes. All rights reserved. All of the contents including images, photographs and videos may not be reproduced in any form without express permission.
0